My blogging apparatus is rusty in the extreme — hopefully my brain is still firing on all cylinders. I put the laptop on the glass-and-wicker table in the apartment we’re renting on the 16th floor of a downtown Melbourne high-rise, crack my knuckles and stretch out my arms. END_OF_DOCUMENT_TOKEN_TO_BE_REPLACED

I had so much fun at the Vancouver Story Slam in May that I decided to do it again.

I decided I would be bold and write a sequel to the first story. I could recap the entire plot of the first part, and then develop it with an appropriate arc into a second story, all in under 1000 words. END_OF_DOCUMENT_TOKEN_TO_BE_REPLACED 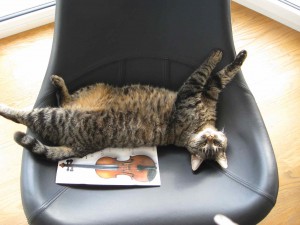 But you said you weren’t going to put up meaningless drivel! you say. Good point. But just because it’s a cat story doesn’t mean it’s meaningless. Whether or not it’s drivel, well, you’ll have to make that call. END_OF_DOCUMENT_TOKEN_TO_BE_REPLACED I asked him on skype later if he felt homesick. A little, he admitted. Well, we had lived in Switzerland for almost ten years, three years longer than any other place we’d lived before. I think I made a sympathetic noise. But I can’t really relate, because I’m not really homesick for Switzerland. I’m still enjoying shopping on Sunday and all these yoga classes. END_OF_DOCUMENT_TOKEN_TO_BE_REPLACED

I’ve been seeing this everywhere this week – BLACK FRIDAY!!

Just a quick reminder, folks – I’m currently living in Canada, where yesterday wasn’t Thanksgiving and today is not a holiday. Apparently, in an effort to keep the good people of Canada from driving across the border, or at least clicking their mice and spending their credit card dollars on websites across the border, Candian retailers have jumped on the “holiday shopping” bandwagon otherwise known as Thanksgiving.

This whole thing is just so wrong on so many levels. END_OF_DOCUMENT_TOKEN_TO_BE_REPLACED