I keep returning to the idea of stereotypes. Or perhaps the idea keeps finding me.
As the poet John Donne so aptly put it:

No man is an island; every man
is a piece of the continent, a part of the main;

That’s the human dilemma, isn’t it? We’re alone, yet not alone. We each have our own unique perspective, the way things look from the island of moi. And yet we want so badly to belong, to make sense of all those other islands whose views are so unlike our own.

On that geographical note, I thought I’d share a series of maps designed by Bulgarian-born London-based “graphic designer slash illustrator” Yanko Tsvetkov. He has taken the idea of stereotyping up a notch, with maps that stereotype how different people stereotype each other. The whole idea is wildly politically incorrect, yet …  You’ll see what I mean.

I’ve attached just a few of the maps below. Visit his web page to see the whole mapping stereotypes project, including a map of his own set of stereotypes. If you pass the images along, please be sure to credit the artist and link to his website. And, as he puts it on his Maps of the World Flickr page, remember: “sense of humor highly recommended.”
You can buy the maps in calendar format on Zazzle. 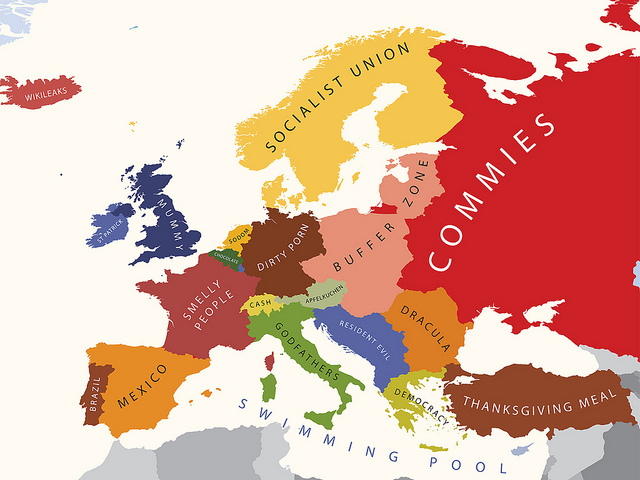 Europe according to the USA 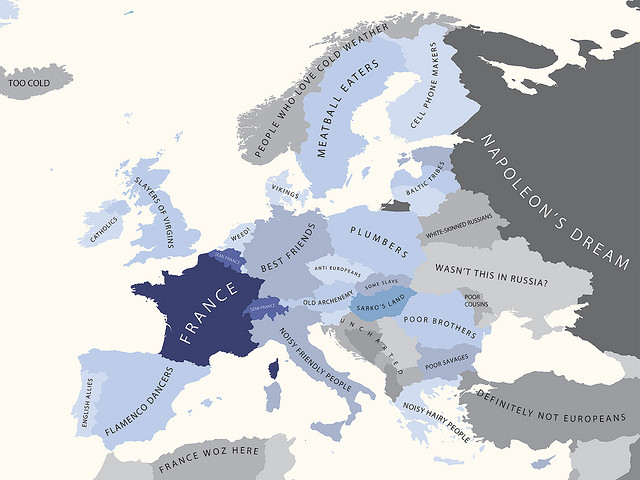 Europe according to France 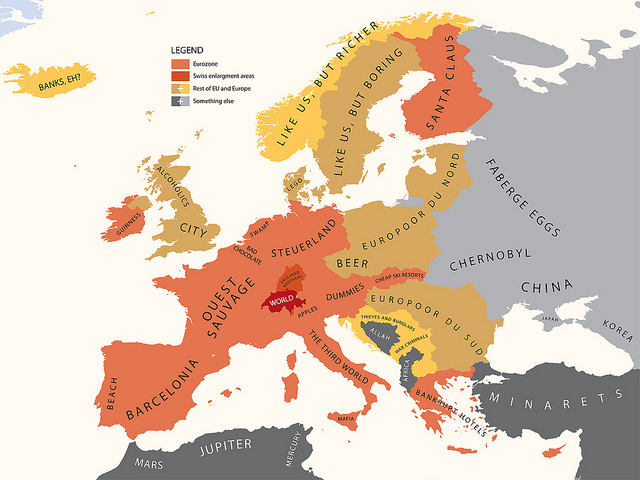 Europe according to Switzerland 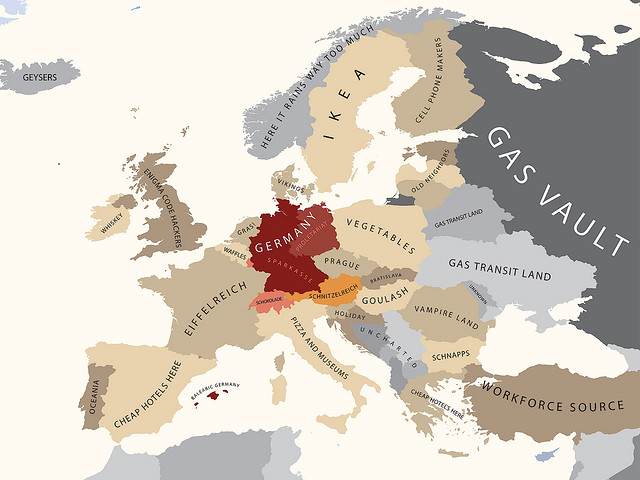 Europe according to Germany 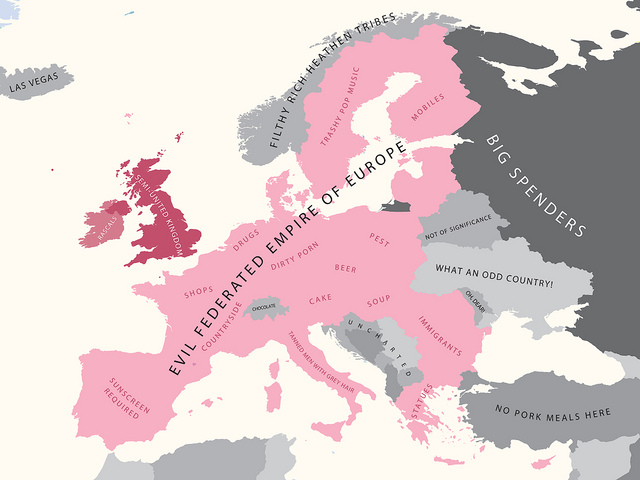 Europe according to Britain 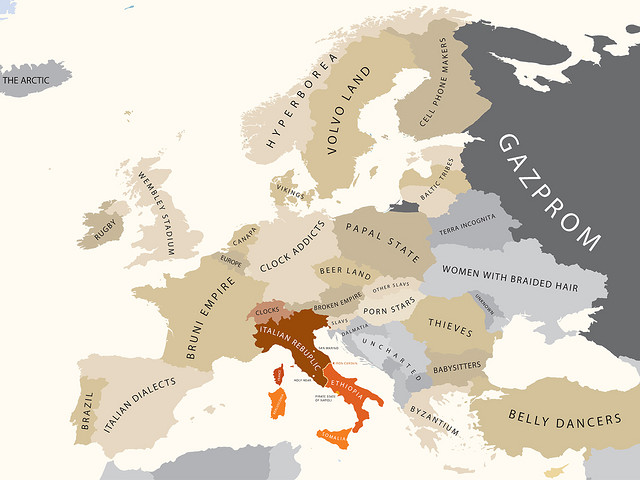 Europe according to Italy