Today our Melbourne restoration project went up on a design blog!  Here’s the back story of how we ended up getting the house in the first place. The renovations? A whole other story for another day. 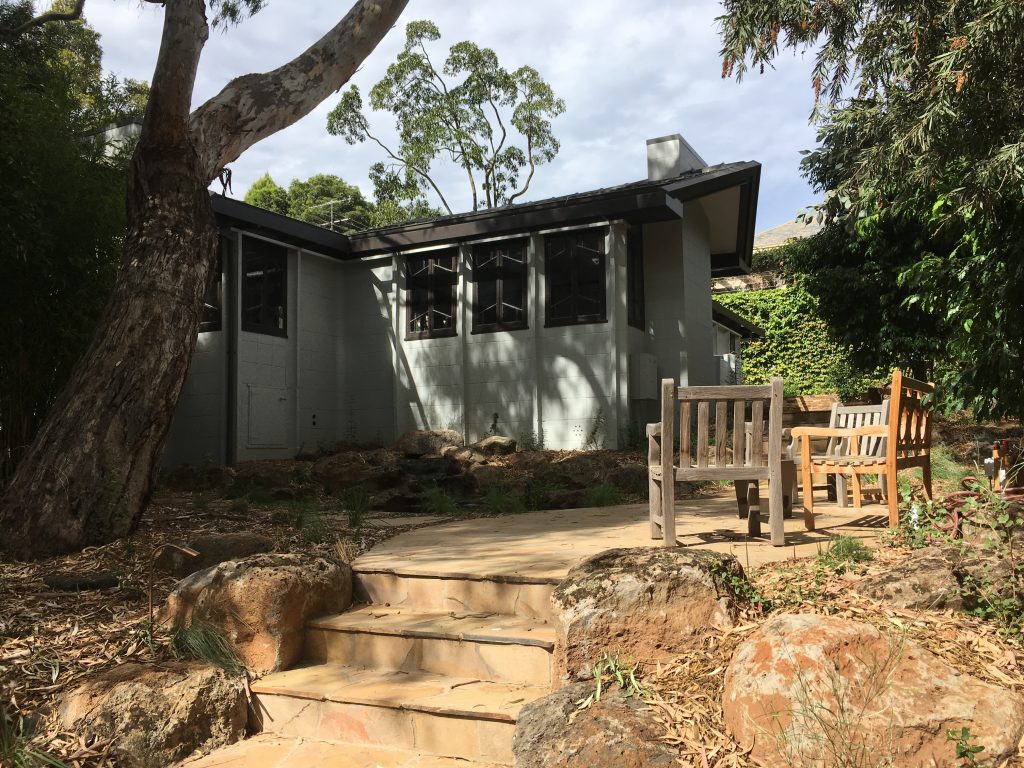 Marc and I are not real estate neophytes. We have bought and sold houses in three countries. I know the sellers’ tricks and the buyers’ tactics. We were flush with cash from selling our Vancouver townhouse and ready to embark upon yet another real estate adventure on a new continent, in a new city. Our stuff was sitting in a storage facility, and we were living out of suitcases. We needed to settle down.

Saturday mornings as we sipped our marvellous Melbourne coffees, we would peruse the open house listings and plan the day’s attack. In Australia, open houses are only open for 30 minutes. This is a strategy designed to create a feeling of urgency and panic in buyers. Look at all these people who want the house! It must be amazing! Also, the price isn’t indicated up front. It took me months to figure out where to find it, and even then it’s just a suggested range.

This is because property in Australia is often sold at auction. On auction day, interested parties gather on the street outside, often accompanied by extended family for moral support, and an auctioneer tells them all how wonderful it is, as if they don’t already know. He (I’ve never seen a female auctioneer) then tries to start a bidding battle. Price increments range from thousands to hundreds of thousands of dollars. Other agents hover around the bidding parties like flies over a carcass, making encouraging noises. You have to be very careful not to move, otherwise it could be taken as a bid. All it takes is a little wave of your pinkie finger.

When the property reaches a price that the sellers have set as the minimum (known as the “reserve”), the house is officially “on the market” — the highest bidder will win the property. If the bidding stalls before this price is reached, the auctioneer goes inside, where the sellers are sitting in the “lounge” room biting their fingernails and drinking espresso martinis, and asks them if they will negotiate a lower price. If they will, then the highest bidder goes in. If not, the whole thing fizzles and the auction “passes in”. Everyone goes to the footy or the pub. The house usually remains on the market, this time with a listed price, and people can make normal, sane offers on it.

In my humbe opinion, auctions are a terrible way to sell property. In a “hot” market you get all excited about one place after another, just to have your hopes dashed. So after a while, you stop getting excited. It’s an incredibly stressful situation, on the street, with all these people watching you, and your spouse saying “Stop! Stop! That’s too much!” Every time you make a bid you have heart palpitations. What did I just do? Do I really want this place?  It seems quite unhealthy. In a “soft” market you show up and wait for somebody else to bid because you figure the house is overpriced and you can just wait for it to pass in so you can tender a more rational offer. In this scenario the sellers’ hopes are dashed. Their nest egg has not hatched the way that they had hoped it would. Either way, it’s inhumane.

We witnessed our first auction when on the job interview — a huge Victorian terrace house sold for nearly $2 million over the estimated selling price, the bids escalating in ten-thousand, then one hundred thousand dollar increments as if it was just pocket change. It was terrifying.

The auction for the first house we wanted to buy was August 25, one day after we received our permanent residency visas. Such excitement! We were going to walk to the MCG (Melbourne Cricket Ground)! I researched bidding techniques. We agreed on our maximum bid. But then a sneaky bidder appeared and blew everyone out of the water by adding a couple hundred thousand to the highest bid. Yes, a tried and true technique – the late pounce. Everyone looked stunned as he shook hands with the agents. We didn’t want to be that close to the MCG after all, really.

We kept at it, week after week. One Saturday we visited a contemporary house on auction day just to observe the contest and pick up some tactics. It was way out of our price range, but the agent told us it might go for a much lower price. What a beautiful house! A fish pond in the bedroom! An award-winning architect! What the heck — we entered the fray.

Fortunately both our bid and another party’s bid were too low, so nothing happened. The next day, in a flash of belated brilliance, I called the council to check on any development activity in the neighborhood, and discovered there was a permit for a seven-story building just across the street. It would loom over the back patio. Bullet dodged… Note to self: do NOT go in off the street and make a bid on a house. The agent hounded us for a good two weeks. The sellers had reconsidered, and would likely take an offer just a wee bit higher than our last bid! Um, no…

By then, we were on the the agents‘ radar. Desperate? Clueless? Easy targets? They started offering to show us “off-market” properties.

That’s another Australian real estate thing. Why on earth would a seller not want their property ON the market? Why would they agree to have it visible only to a few select souls? My theory is that it’s another version of the 30-minute open house scamper — designed to create an artificial sense of demand. As a buyer, seeing one of these off-market places, you’re supposed to feel privileged, like you’ve been given a special insider’s secret. You can’t really question the price, because, well, it will just eventually go up for auction and sell for WAY over that. You are SO lucky to have this exclusive viewing, this inside information. We almost got snared by this trap several times.

We had made a pre-auction offer on another super-modern place featuring a light well in the dining room with a mural of a sad little blue man in a boat done by a famous graffiti artist. But another couple placed a higher bid while Marc was in a meeting so it got away. The agent said she had an a townhouse with an underground garage, massive modern kitchen, enormous walk-in closet. I have always wanted a walk-in closet! But the price was ridiculous.

Another agent gave us a tip on a house under construction, with polished concrete floors, a rooftop deck, super-high ceilings and massive marble kitchen countertops. We could get it for a lower price if we bought it before completion, since the seller wouldn’t have to stage it and put it up for auction. Very off-market, but unfortunately, no off-street parking. And how often are you actually going to climb up onto the rooftop deck, especially if it’s baking hot outside? What is it anyway with all these massive marble benchtops? Later, we went to see its open house just before the auction. It was gorgeous but I was glad we hadn’t fallen for it – the floor-to-ceiling windows were covered in drapes because it was such a fishbowl to the street. There was no garden to speak of. It felt cavernous.

And so I kept going back to the domain app, looking at the map, seeing the little dots of available properties, hoping an agent would call and tell me about a wonderful off-market place.

One September weekend I decided that we would give the house hunting a rest and go for a hike instead. Living out of suitcases wasn’t so bad. I took one final pass over the app before we headed out. There was a dot in Toorak, an area we’d ruled out because of the train commute to Monash. But it was in our price range, and it occurred to me: what if Marc took a different train line? I did the calculations. The bus ride was longer, but the overall commute time was comparable. I showed the listing to Marc. We talked about it in the car. The price was listed up front, which meant it had passed in at auction. The photos of the house were interesting. It was designed by a famous architect, Walter Burley Griffin. Never heard of him. But it was on a large bit of land. The pool was a downside, but maybe we could learn to like pools. “Let’s call the agent and see,” he said.

I left a message and we went for our hike. On the way home the listing agent called us back. So sorry, but there was already an offer on the house.

We were unexpectedly crushed. It had seemed like such a good idea. I called another agent we’d been working with, who was with the same company, and she said “You don’t want that house! It’s heritage protected, you can’t do anything to it!” Apparently you don’t want to buy a house if you don’t have the option to tear it down and build a new one that has high ceilings and massive marble countertops. I persisted. We didn’t care if it was heritage protected. Couldn’t she just prevail upon her colleague to let us have a teensy look?

We got our look. And that’s how we ended up buying Salter House. I’ll save the details of the renovation for another day. Like our builder said, “You don’t open a can of worms and not expect to find any worms…”

3 thoughts on “Adventures in real estate”