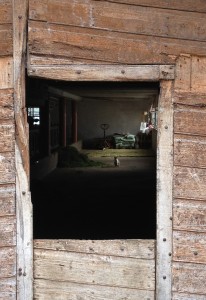 As it happens, I intervened all by myself and took two consecutive days off. Then I went into a funk. And that has really slowed me down.

Mind you, despite that amazing and transcendent Braveheart-slash-Arwen running experience, the funk has been coming on for a while. These things are cyclical. I’m not talking PMS here, either. Longer cycle. I don’t pretend to understand it, but there comes a time when everything just starts to annoy the hell out of me. I get sick of cooking, sick of eating healthy stuff, sick of translating, sick of the reading material I have lying around. I get fed up with every little thing – the election craziness, the Swiss supermarkets, the way my garden isn’t self-maintaining, the fact that everyone in this household is conspiring to create as much dirty laundry as possible every single damn day of the year. They way they seem to want to eat twice a day, every damn day of the year. Take a day off, guys?

I take one look at myself in the mirror in the morning and feel like going back to bed in the hopes that something better looking will be there when I wake up again.

There must be a trigger. Is it biochemical? Hormonal? Lunar? Gravitational? Elecromagnetic? Quantum telepathic? Is it something I ate? Something I didn’t eat? I don’t think it happens exactly this time every year, but so far I haven’t tracked it. I’ve just been hoping it will go away.

Last night, my legs were twitching like crazy, and as usual I was unable to sleep. Marc was out of town, and the moon was, if not full, still high and bright in the sky. I looked at the clock: 11:30. Screw this, I said to myself. I put on my running gear, dug a reflective jacket out of the downstairs closet, and went out for a jog. I know you’re thinking fine, sure, you live in Switzerland, you can do that kind of thing.

Exactly. Which is why I did it. I had the world to myself. Except for the guy waiting at the bus stop with his bike. I was mystified at why he would be waiting for a bus when he could be riding his bike instead, but, then, never mind. Maybe he had a flat. I smiled and said Bonsoir! as I ran by, as if it was 6:30 pm instead of midnight.

I only ran a couple of miles, but it felt good. I came back, took a shower, and went back to bed, sure that sleep was about to descend. Then the other leg started bugging me.

I know I eventually got to sleep, because the alarm at 6:30 woke me up. Since I had to take Luc to the train, I stayed up and went for a great run with my running buddy. I absorbed all kinds of vitamin D after the run as we sat in the park and discussed various tried-and-true methods for passing oral examinations (she has one coming up tomorrow).

The only thing that really seems to end a funk is the passage of time. Today I remembered a NYT article that described depression as a sort of intense rumination. The theory is that it serves an evolutionary purpose – it’s sort of the body’s way of shutting you down so you focus on just one essential problem. It forces you to shut out the world and go into hyper-introversion mode, to deal with whatever is preoocupying your occipital. I don’t think my funk qualifies as depression, but still. It was worth considering that there might be an upside to all this misery. I asked myself, what do I need to deal with? Focus on? What is the busyness of my life preventing me from seeing so that I have to get all cranky to clarify things?

The answer was staring me in the face. So today I spent four hours writing. I didn’t translate anything. I didn’t shop or cook or do any laundry. I did eat too much chocolate, but I’m sure that was necessary. Thanks to Matt for suggesting I come into BooksBooksBooks to write in company for an hour or two. It helps.

I have high hopes that the funk is lifting. Even so, I don’t think I’ll do the Morat-Fribourg race on Sunday. I’m not really in the mood for a crowd run. Although I could put that Bravehearty music on and zone out…

Am I the only one who gets slam-dunked by funks every now and then? What do you do to put them behind you? Does anyone have a magic formula that doesn’t involve illegal substances?

Photo: I took this one. I’m that cat, way back in a dark place, looking out.

5 thoughts on “The function of funks”