Good news: I don’t have a brain tumor after all!

I just got back from a visit to the GP and all my blood work is stultifyingly normal. His conclusion: my high blood pressure is a gift from my parents. We have wrestled it back into the normal range with the help of a white pill called Lisinopril.

I guess I can swallow this, given all the other great stuff mom and dad bequeathed, not the least of which is my stature. Those extra inches are most welcome when scanning crowds, reaching for things on top shelves, and overindulging in food and/or drink. I know it’s not fair. Perhaps the blood pressure is the price I must pay for possessing what is otherwise an excellent jelly belly and margarita processing apparatus.

Of course the doctor is speaking French, saying “ah, tension” which is French for “ah, blood pressure,” and I keep thinking he’s saying “attention” which means “watch out.” We were discussing the dosage, and I was explaining the lightheadedness I experienced on yesterday’s hike.

I’d tagged along on an outing with friends from Montreux, figuring the hike would be reasonable because Christine doesn’t like to suffer too much. Her husband Greg planned the hike, and it’s in Greg’s best interests (read: domestic harmony) to keep these hikes reasonable. I had not reconnoitered the route on a map beforehand. Not that I didn’t try, but the spot just happened to be just outside the edges of the two maps I have. Never mind, I told myself. Greg knows what he’s doing. Follow along for once.

It was a hot, beautiful day. We went 1,300 m (4,000 feet) pretty much straight up, to the top of a grassy bump just outside Gstaad called the Lauenehore. The sweat poured out of me, running down my back, forming rivulets down the insides of my arms, making my glasses slip off my nose, pooling in my belly button. By some amazing twist of luck, the cows hadn’t been released upon the grassy meadows we were traversing yet, so we didn’t have to dodge piles of fly-infested steaming cow shit as we climbed. Nonetheless Christine suffered. I suffered. Greg suffered. (He’s probably still suffering!) It was so terribly, terribly beautiful! All those Alps! All those amazing wildflowers! Suffering was never this good.

And as I huffed and chugged my way up at my normal breakneck pace, I felt my head starting to detach from the rest of me. I’m usually very secure while negotiating knife-edges and hopping blithely from rock to rock at high altitude, but there I was, grabbing onto tussocks of grass and rocks to steady myself. So this is what Marc means by vertigo. He must have low blood pressure!

The doctor nodded knowingly. The dehydration, combined with the medication… No surprise at all that I almost lost my head and my footing. On second thought, maybe he was saying attention. He said the next time I plan to climb 4,000 feet on a really hot day I can skip the lisinopril.

So anyway, I finally got to the summit, fueled by the thought of a nice chocolate-enhanced snooze. I may have mentioned in this blog that Switzerland is practically insect-free. I was wrong. Every insect in the country is on top of the Lauenehore. The roar of little wings up there was deafening. I waited bravely for Greg and Christine and then we got the hell out of there. I had my very own entourage for a while, until a breeze picked up. Now I know what movie stars feel like.

Finally we evaded them and stopped on a rock slide, drank deeply and ate our chocolate. Greg redeemed himself by naming most of the peaks in the panorama of mountains spread out before us. It was worth every drop of sweat and every bug bite. Switzerland can be stunning like that. I’ll post a photo when Christine puts them up on Facebook. I didn’t have my camera.


UPDATE: Here’s the photo!! Thanks, Greg. 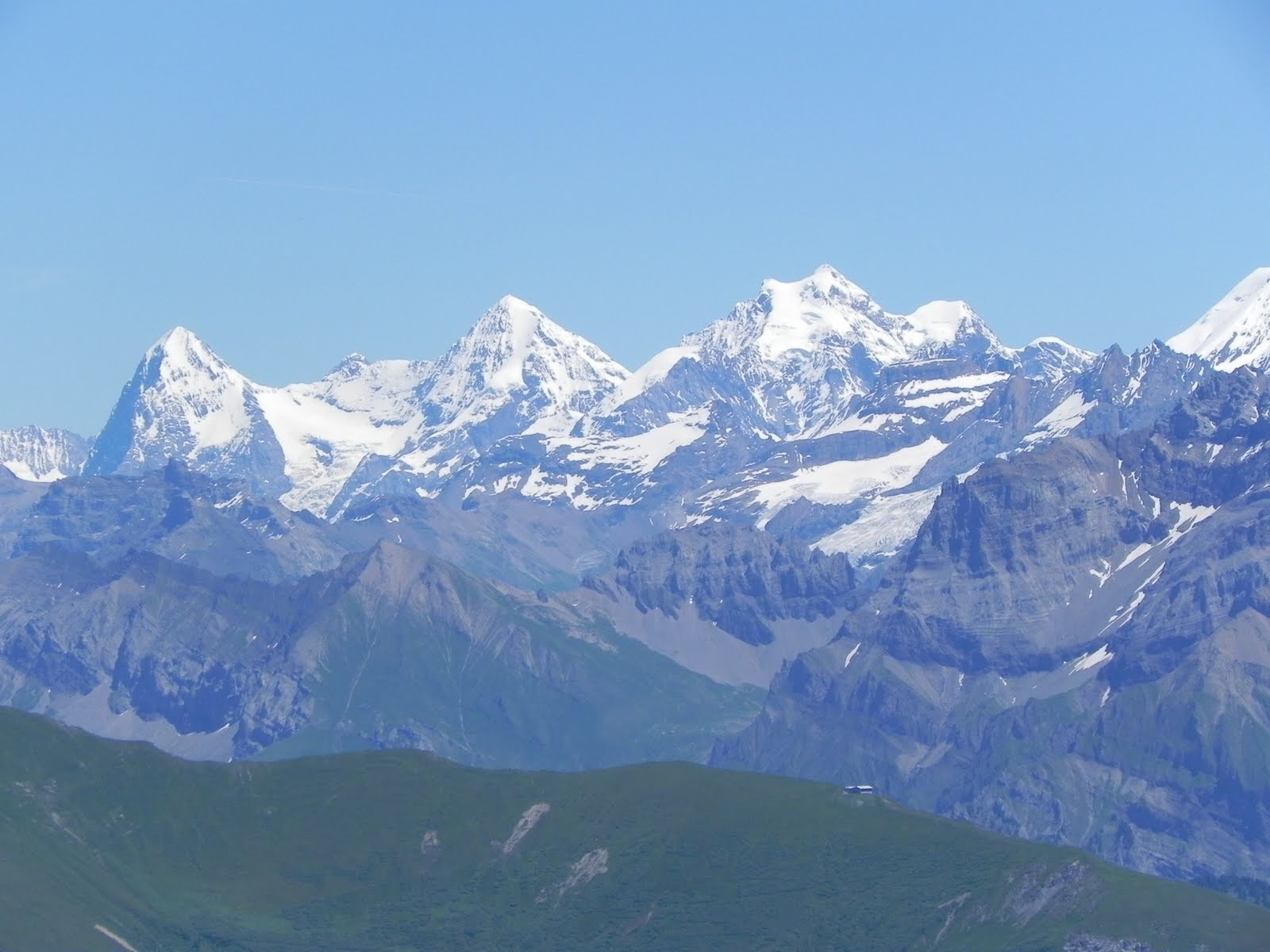 We hustled down the other side just in time to catch a hot, packed tourist train back to Montreux. I felt bad taking the seat next to the nice old lady because I knew I must smell like a person who has been sweating profusely for seven hours. But my head was once again threatening to detach and I figured I’d be better able to manage it sitting down.

A shower, a beer, a bowl of pistachios later and my head was right back where it belonged, I was fining the boys for the towels they’d left lying on the bathroom floor (a new policy) and cleaning up the disaster area that had been our kitchen just twelve hours earlier.

More good news: the house-sized asteroid that was noticed just four days ago from two remotely-controlled telescopes in New Mexico will slip past us today by a margin of just 7,500 miles. The MIT brains say that even if it had hit us, it would have just broken to bits in the atmosphere. I also learned that we survived an even closer call last February when asteroid QC1 missed the Earth by a mere 3,400 miles.

Even more good news: I read in the Johns Hopkins Alumni Mag that the 100-pound rocks that mysteriously travel 100 meters or more along the floor of Death Valley and that have stumped scientists for more than 100 years (that’s a lot of 100s) aren’t being moved by pranksters or aliens but by a bizarre physical combination of ice and gale force winds. They set up spy cams and tested a model in a freezer. I’m sure you are as reassured as I am. I still think aliens are involved.

The bad news is that New Mexico is burning. Again.