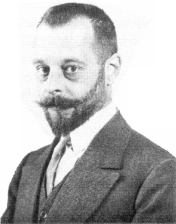 Remember when I was obsessed with the microbiome? I still am. I still think it holds the key to understanding our immune system and, by extension, human health and disease. I still think we’re being crowdsourced by microbes. Long after our idiocy, greed and hubris have destroyed any possibility of human survival on our planet, they’ll be happily bubbling away in a toxic pool somewhere.

The picture I painted of the microbiome was incomplete, I’m sorry to say. I’d like to introduce you to a little-known but critical player in the drama, a beastie that I only recently met, thanks to an interview with Monash biologist Jeremy Barr.

As I sat in Jeremy’s office listening to the incredible story of how bacteriophages were discovered and then how they disappeared from the research agenda, I was reminded that science doesn’t advance in the way it’s written about in the magazines — in a neat, predictable manner, ruled by logic, good sense and gee-whiz discoveries. It’s seething with politics, difficult personalities, misconceptions and missed opportunities.

The phage story is a perfect example. It starts at the turn of the 20th century in Canada, with stops along the way in France, Mexico, Guatemala, South America, Turkey, Indochina, India and Stalin’s USSR. And it’s far from over. In fact, in the eyes of many scientists, it’s just beginning.

Once upon a time (1873) in Montreal, there was born a boy named Felix D’Herelle who had a penchant for microbes and globetrotting. He was sent to Paris, where he completed his high school education at the age of 16.

Young Felix loved to experiment. He became a master of fermentation, creating alcoholic beverages from maple syrup in Canada, bananas in Guatemala and sisal in Mexico. He isolated pathogenic bacteria from the guts of locusts, and used it to quash locust plagues in Mexico and Argentina.

Never one to forgo an opportunity to let the world know of his feats, Felix published the findings of all his experiments in scientific journals. But his rather abrasive personality, combined with the fact that he didn’t have any academic credentials, meant he was largely ignored by the scientific community.

Anyway. Felix’s idol was Louis Pasteur, who had died in 1895, and despite having a family to support by this time, he turned down a ‘boring’ job at the schnapps factory in Mexico and went back to Paris in 1911 to work for free at the Pasteur Institute. He and his assistants (e.g. his wife and kids) allegedly produced 12 million doses of medication for the Allied forces in WWI.

And because Felix was Felix, he ignored established conventions and kept on doing experiments all the time. In 1917, studying the baccilus responsible for the dysentery that was plaguing soldiers in the trenches, he managed to isolate an ‘invisible agent’ that killed the bacteria. This wee beastie — so small it passed through a porcelain filter — he rather grandly named “bacteriophage” — (phagein is ‘eat’ in Greek).

In 1919, the first patient was cured of dysentery using bacteriophages isolated in the lab from fecal samples of individuals who had recovered. In 1920, Felix headed to Indochina to tackle cholera and plague, and then came back to the Pasteur Institute, where he was persona non grata because he’d gotten into a fight with the director. A sympathetic colleague let him work in his lab, and Felix published a monograph entitled The Bacteriophage: Its Role in Immunity.

This time, people read the paper. Even though nobody had any idea what bacteriophages were or what exactly they were doing (and wouldn’t until much later), doctors were able to cure infections with phages, and so Felix finally got some love from the scientific community in the form of prizes, job offers and even a few Nobel Prize nominations.

In 1927, he went to India and quashed a cholera outbreak in just seven months by putting a cocktail of different phages in a slum’s drinking water. He refused an offer by the British government to stay in India, instead heading to the US where, among other things, he took a post at Yale and co-founded a French phage production company.

His penchant for exaggerating his successes and his scratchy personality eventually caught up with him, though, and scientists started to turn against him. In 1934 he turned his back on them as well, accepting an invitaiton from Stalin to work with an old colleague, Prof George Eliava, at the Tbilisi Institute in Georgia. There, he was welcomed as a hero.

The party with George in Georgia only lasted a year, though, because Eliava was stupid enough to have an affair with a woman who was also being lusted after by the head of the KGB. Stalin had Eliava executed, and Felix ran for his life.

Remember when I said that phages were only identified much later? That’s 1939, when German biologist Helmut Ruska looked down the barrel of his newly invented electron microscope and discovered that bacteriophages were a kind of virus. But by that time it was too late to rename them. As we all know, viruses don’t eat bacteria, they’re zombie invaders who take over the bacterium and turn it into a cloning machine. But I am getting ahead of myself…

During WWII, phage therapy boomed on both sides in an effort to deal with rampant infections, but Felix didn’t get any glory (or work) because he was being held by the Germans under house arrest in Vichy. He got pancreatic cancer in 1949 and died in Paris, and nobody particularly noticed.

After the war, penicillin was discovered. Carpet-bombing an infection with antibiotics turns out to be heaps easier than coming up with targeted phage cocktails, and so antibiotics became all the rage. This, combined with Nixon’s 1971 declaration of the war on cancer and our subsequent love affair with genetics and the genome meant that phages got the shaft in terms of research funding.

Behind the Iron Curtain, however, scientists carried on with phage research. Although western scientists to this day sniff at their supposedly sub-par research methods and lack of ‘legitimate’ publications, they may soon change their tune. More bacteria are becoming multi-antibiotic resistant and phages are starting to look like the only viable alternative. It may just so happen that the Cold War will turn out to save our butts in the end. But that’s another story for another installment.

Felix may have died a forgotten eccentric, known mostly for his talent for pissing people off, but his contribution to the field of microbiology was huge. Everything it encompasses – genetics, cancer research, pharmaceuticals, CRISPR — was born with bacteriophage research, and there wasn’t anyone more passionate about those invisible agents than he was. It’s quite telling that despite his personality problems and lack of scientific credentials, he was nominated for the Nobel Prize ten times.

I’ve only brushed the surface of all Felix’s adventures. Remember, at the turn of the century when he discovered phages he had no access to e-mail, frequent flyer miles, scientific conferences or modern lab equipment. No grant funding. He couldn’t even see what he had found. He was essentially working for free. It takes a rare individual to persist as he did in the face of all those odds. I wonder what happened to his wife and children.

You’re probably thinking: His life is crazy enough to be the stuff of a novel!

Funny you should mention that. Sinclair Lewis’ novel Arrowsmith is roughly based on Felix’s life.  And the Russian novel The French Cottage by David David Shrayer-Petrov is based on Felix’s adventures in Georgia. Jeremy Barr has co-authored a graphic novel, The Invisible War, about the WWI discovery of bacteriophages, as well. So if you’d like a historical rabbit hole, there you are!

Next up: 10 things everyone should know about phages.

UPDATE: Jeremy told me that one of his co-authors, Gregory Crocetti, tracked down one of Felix’s grandkids and he was working in a phage biotech company in Sydney.