There aren’t very many trail journals with useful information on the Oregon section of the PCT. So I’m writing these posts partly with that in mind. The rest, of course, is my usual dithering to entertain friends and family.

For about $100 we rented a car for 24 hours to drive from Portland to the Medford airport, and from there, $50 got the two of us to the traihead off I-5 south of Ashland on the Cascade Shuttle. It was, bar hitchhiking, the fastest and cheapest solution. It all worked swimmingly, aside from some slightly scary moments in the shuttle when our driver appeared to be veering off the road. He also told Marc some stories about rattlesnakes that he really should have kept to himself. Marc was extremely jumpy that first day. 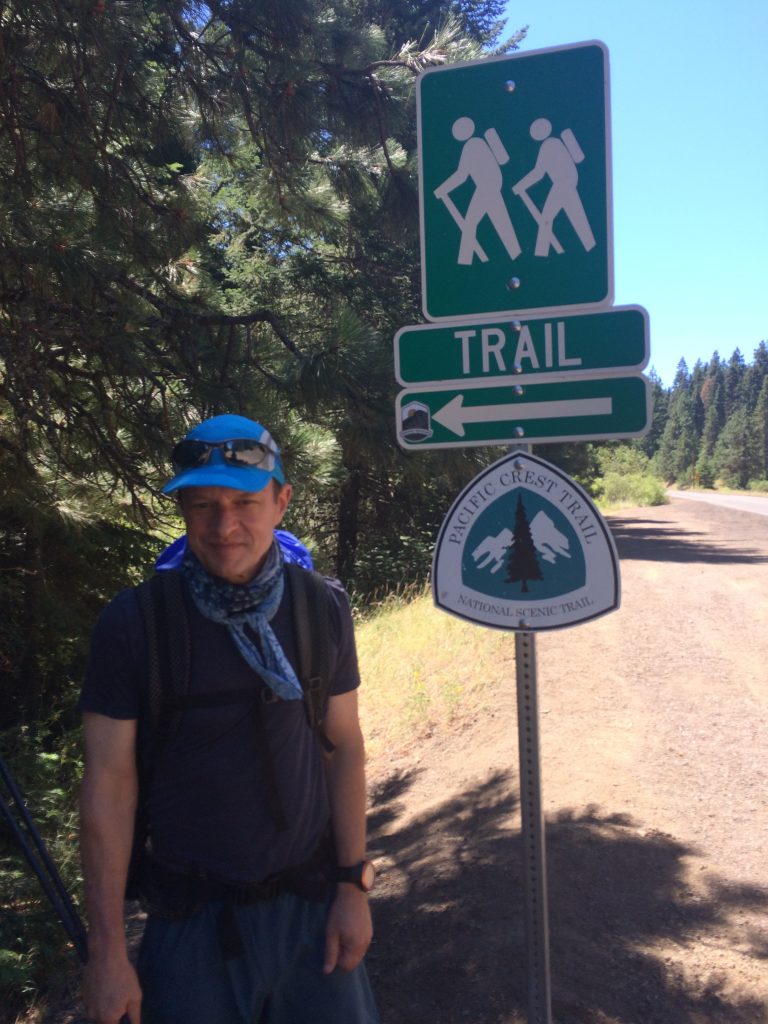 It was hot. Note the scarf tied around his neck—it is a Kafka’s Kool tie, full of a gelatinous substance that swells in water and cools you off via evaporation. Marc was very skeptical and like the supergrump he is, took his off after the first day. I, however, think that it’s a great way to ensure that the blood going in and out of your brain isn’t overheated. The only downside is that they’re quite slow to dry out and very heavy.

We passed a couple of other backpackers who said they were also “doing Oregon” and  at the functional water faucet at mile 1725.6 we saw several people lounging around collecting cloudy-looking water. We had lots of water on us, though, and the app said the next water was flowing, so we didn’t stop. 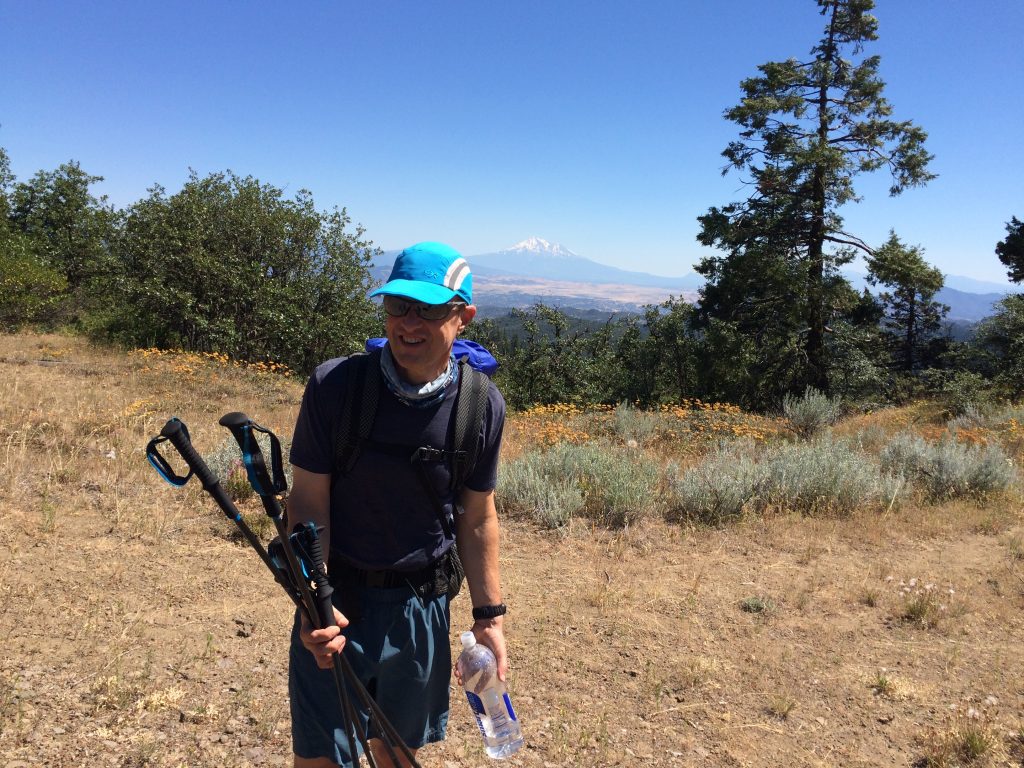 I’m so glad we waited, because at the “spring” at mile 1727.6 water was gushing out of a spigot, cold and clear. We decided to cook and eat our dinner there and then hike a couple more miles before camping. There was a group of three other hikers with the same idea parked under a tree near the spring. I took my shoes off and soaked my feet in the cold water, and splashed it up on my face and legs, which were already encrusted in trail dirt. This trail is very, very dusty.

After dinner we hiked a couple miles to a campsite noted on the app, but passed it by because Marc thought it wouldn’t be sporting to take it in case the others (behind us now) wanted it. At mile 1729.9 we passed a sign for Hobart Bluff, 0.5 miles, and decided to hike up and see if there were some flat spots up there. There were lots, and the views were amazing. It was windy, and we fell asleep to the whooshing of the wind in the pines. 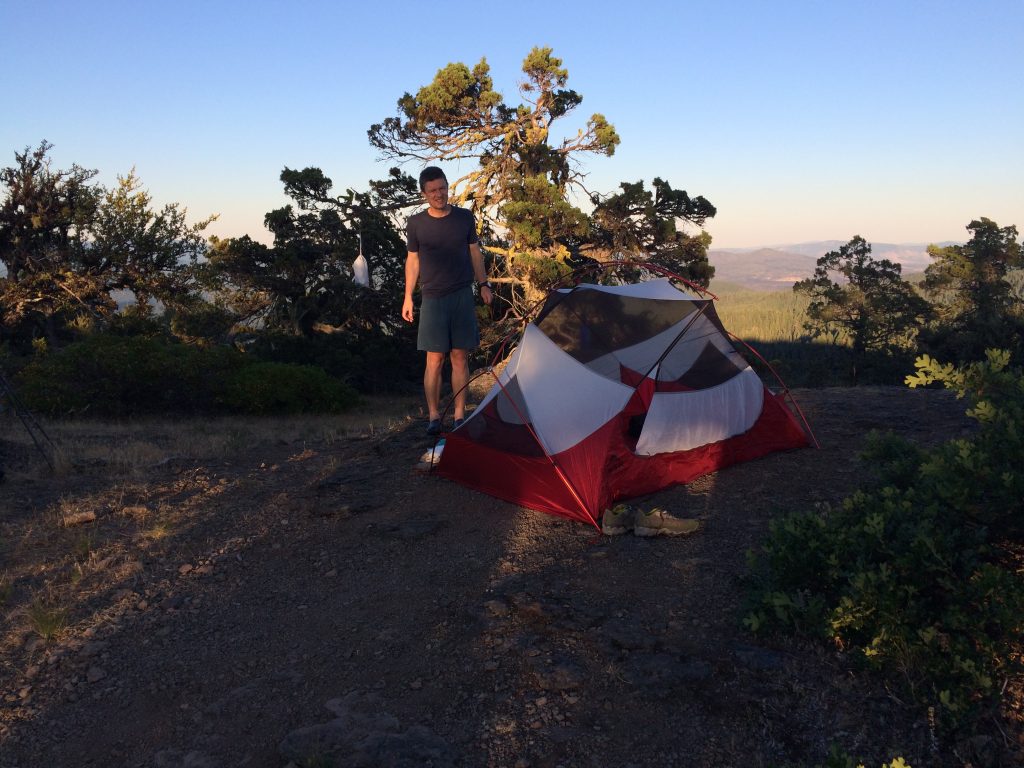