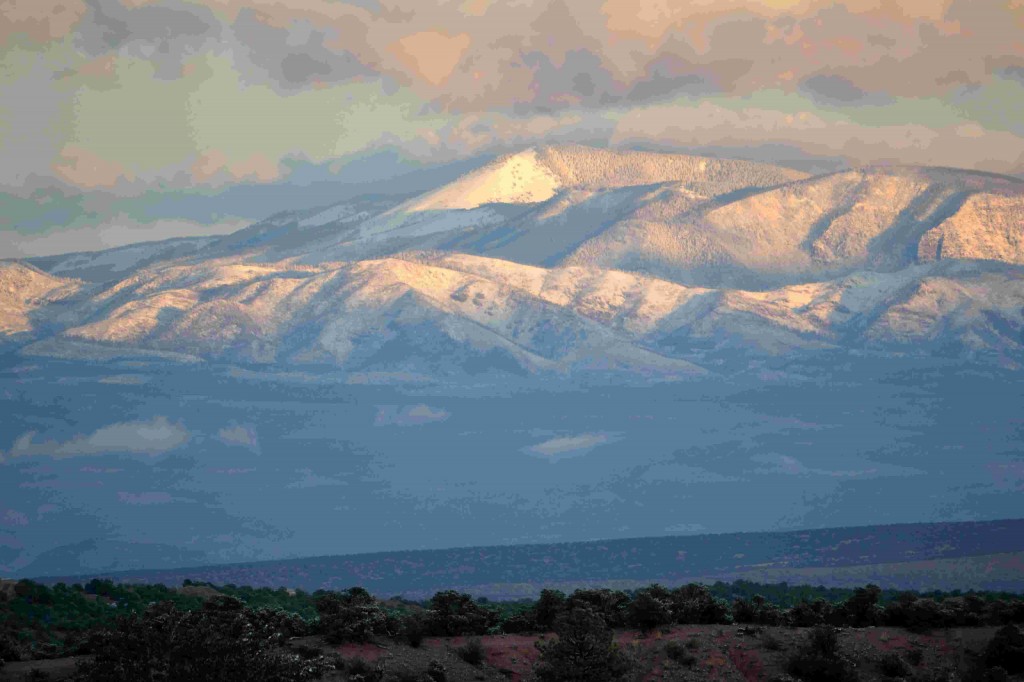 Not long ago, I did a guest post on the Running and Rambling blog. One of the best things about that blog is a series of entries called “Random Shots of Beauty” – pictures that Donald has taken out on his runs. I’ve decided to do a similar thing here.

This first entry is a picture shot by my brother Rob last week, i.e. early October, near Santa Fe, New Mexico. It took my breath away.

It should dispel the picture that many people mistakenly have of New Mexico as a hot, cactus-studded desert wasteland.  In fact, Santa Fe in winter is colder than where I live now, outside Lausanne, Switzerland. It’s higher in altitude, at nearly 7,000 feet (2,200 m). And in the summer, it’s appreciably cooler, drier and more comfortable than Baltimore, where we lived for seven years before moving here.

It rivals Switzerland and Nova Scotia as one of the most beautifully livable places on the planet, in my humble opinion. (Shhh. Don’t tell anyone. There are already too many residents of a certain shall-not-be-named neighboring state buying expensive summer homes and trying to ski on our slopes. But they’re probably not reading this blog, anyway…)